“Alice in Wonderland” is an outreach program within the Department of Physics at The University of Texas at Austin. You won’t meet the Mad Hatter or a March Hare … but it will be almost as unusual! If you are a high school female student interested in physics, but not sure whether you would like it as a career, then this program is for you.

The Alice in Wonderland program is an outreach program of the Advanced Atomic Design Group at The University of Texas at Austin, led by Professor Alex Demkov.

The goal of this program is to attract women to physics by getting high-school students involved in research over the summer before they make decisions about colleges, i.e., they must have completed their Junior high-school year.  The Alice in Wonderland internship consists of, first, a series of daily lectures given by UT graduate students and, occasionally, by faculty over the first two weeks in June .  These lectures cover subjects from computer modeling and quantum mechanics to scanning microscopy and thin film growth.

These lectures are followed by the actual internship in a faculty research lab in the Department of Physics or Chemical Engineering.  This part of the internship experience can cover the entire summer starting after the lectures through the first week in August but, at the minimum, should be at least a total of 80 hours in the lab.

The gender imbalance in physics is a pressing concern. Most people agree that there are a disproportionately low number of women, particularly at the senior faculty level. The importance of successful women scientists as role models for graduate students has been pointed out. However, it is possible that the remedies we implement at the college level may be too little, too late. The so-called “pipeline” starts well before college! In Texas, in the first year of high school the students take a general science course. The differentiation takes place the second year when students may elect chemistry or physics as a separate course of study. This observation led to the creation of the Alice in Wonderland Summer Program for Girls.

The Alice program started in 2005. There have been many high school students, graduate students, and professors involved in it. All of them have enjoyed the program, which will hopefully encourage more students to join and take a tour in the world of science. 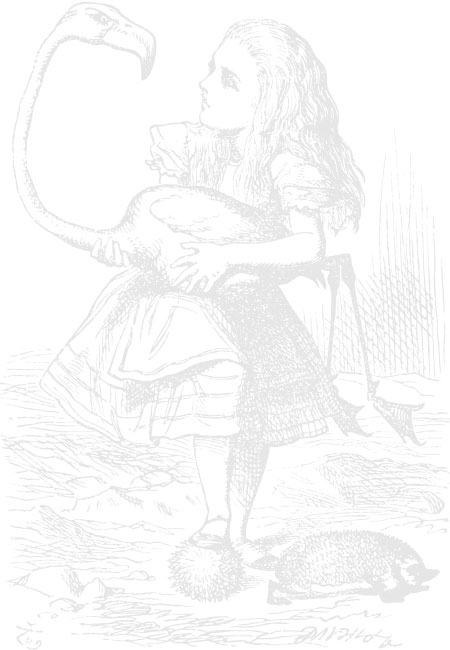