Many bacterial swarms display a temporary, non-mutational, and reversible resistance to antibiotics in a phenomenon called as ‘adaptive resistance. We discovered the process of ‘necrosignaling’ where dead cells of an E. coli swarm population release a periplasmic protein AcrA that binds to the outer membrane protein TolC of live cells within the same population. This binding acts as a signal to increase the activity of efflux pumps which contributes to the establishment of antibiotic resistance. Investigating whether other bacteria such as Bacillus and Pseudomonas also possess this mechanism will shed light on the universality of this phenomenon. 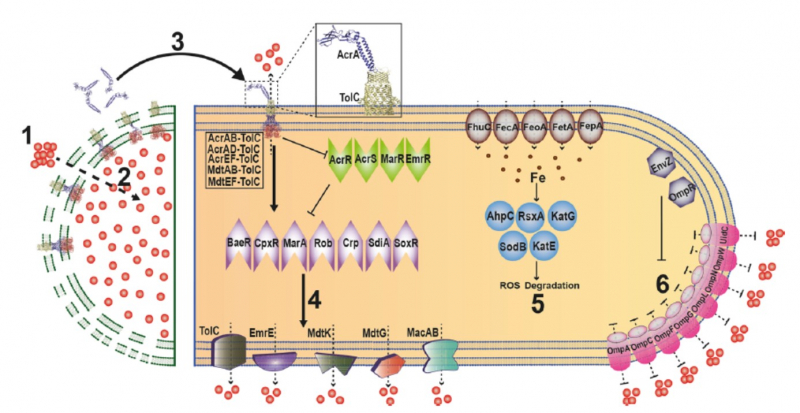